At the end of 1993, barely graduated with my Doctorate in Pharmacy, I succumbed to the charms of botany and decided to follow up my studies in biology. I was lucky enough to integrate the curriculum at the DEA level, currently a Master's degree, which I acquired in September 1994 at the University of Paris XI (Orsay).

A somewhat chaotic period followed, where I had to deal with my military obligations and to search for an appropriate PhD position in botany. My quest ended in early 1997 with my official enrolment as a doctoral student at the Faculty of Science in Neuchâtel, Switzerland. A new life began in all respects.

Professionally speaking, Darwin and Wallace replaced Galen and Aristotle, molecular biology took precedence over phytochemistry and biochemistry, and human beings (especially the sick-ones!) ceased to be the navel of the universe... Humankind was to become just one of the millions of evolutionary branches making up the tree of life!

In 2001, I graduated in biology, and pursued my career at several universities in French-speaking Switzerland (Neuchâtel), German-speaking Switzerland (Zurich) and Germany (Berlin). During my curriculum, I had the chance to teach pharmaceutical botany, an exciting discipline that naturally bridges all my competences and allows me to keep a foot in pharmacy. The rest of my time was mainly devoted to research and writing of scientific publications. 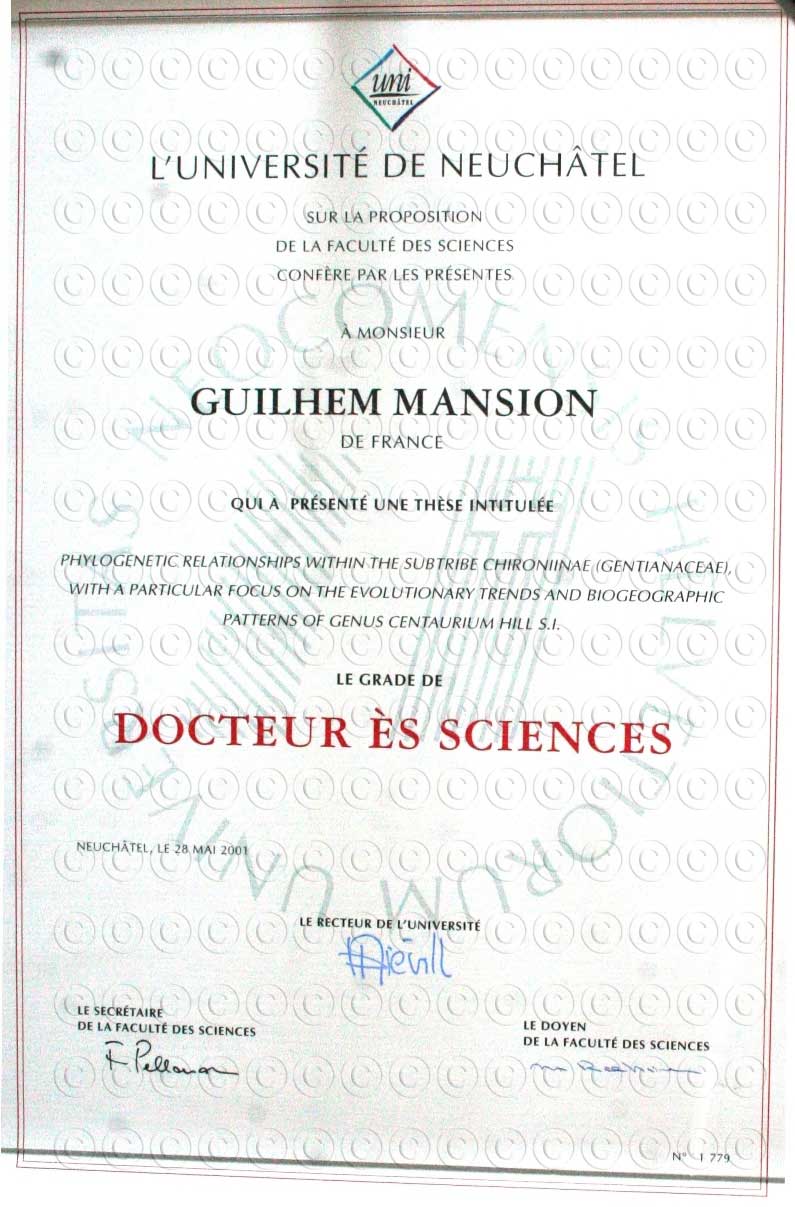